Resistance Training for the Elderly: Part 1

Should the Elderly Lift Heavy Weights?

This series focuses on a number of myths we often hear relating to physiotherapy and exercise. One such myth is that the elderly should not lift heavy weights - just stick to walking!? Well if our above image hasn't blown your mind yet, we plan to explore the science behind the myth of ageing and strength loss. But be fair warned, this blog has a lot of dangerous words (mostly in Latin) which if used incorrectly, could fire up a few arguments with your fellow practitioner. So if you like a saucy read, dig in.

Sarcopenia was a term originally used to described the age-related loss of skeletal muscle. The term is now used to describe all the age-related changes in skeletal muscle including the neural control that innervates it. The image above shows a 240 kg deadlift being performed by a gentleman in his 60's. Probably fewer than 2% of men in their 20's can even lift this heavy load and virtually all of them would be involved in serious resistance training. What a feat! I wonder if he has sarcopenia? He is after all...in his 60's... It is clearly not mandatory that age is greeted with a pudgy waistline and sarcopenic limbs. So let's put sarcopenia aside for a second.

Muscle atrophy (loss of skeletal muscle size) is a major contributor to the age-related decline in strength. It has been reported that the FT fibres (type IIa and IIb) atrophy significantly more than ST fibres (type I), but why? Presumably because most humans are sedentary and rarely recruit larger motor units. Note the marked decline in muscle mass with ageing in the image to the right (bottom image; a 95yo, top image; a 22yo). This is an image of the triceps brachii (a muscle that straightens the arm) which is particularly wasted in the older man, presumably because it's utilised significantly less than the elbow flexors during activities of daily living. Clearly push-ups and bench presses were not a part of this older gentleman’s lifestyle! But if they were, would we see a different image? Hmm...

Motor unit loss also occurs with ageing as a consequence of MN death. When MN's die they obviously leave their muscle fibres deinnervated (no nerve connection). These fibres atrophy rapidly. Occasionally, some of them are reinnervated by surviving MN's and effectively ‘adopted’ into the surviving motor unit. Surviving motor neurones seem to ‘know’ to send out axon branches to fuse with deinnervated muscle fibres and form new neuromuscular junctions! Because type II MN's are more prone to ‘cell death’ than type I MN's, the reinnervation process converts fast fibres into slower ones. This results in a significant increase in the size of type I units and a reduction in the number of motor units within the muscle.

TL;DR? The elderly have slower and clumsier muscles.

Fascicles are the tiny tubes of contracting tissue which form bundles together, eventually becoming a muscle fibre. Fascicle lengths have been shown to decline with age and this appears to explain some of the decline in maximal muscle contraction velocity and power with age. Boo! 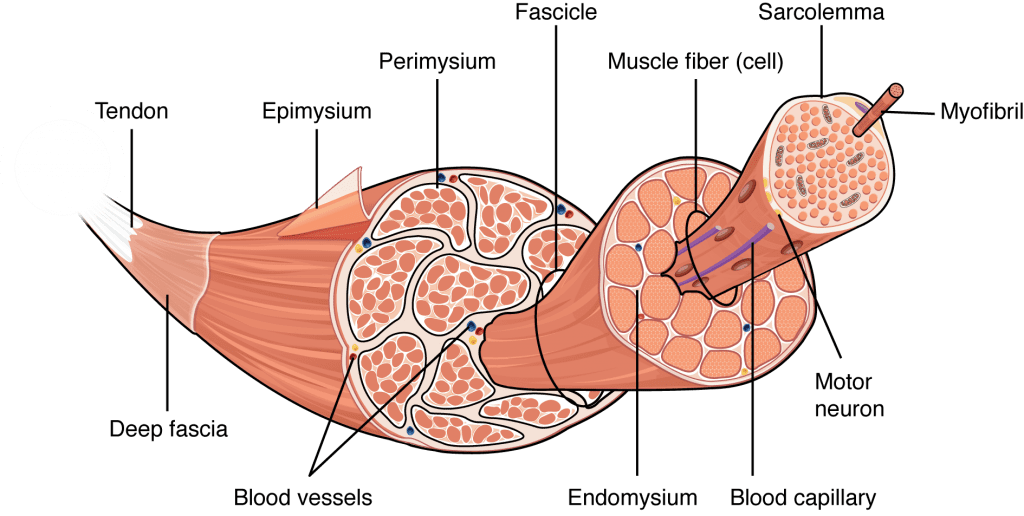 The muscles of elderly people have a greater content of intramuscular fat and connective tissue. As these make no contribution to active force generation, they contribute to a reduction in strength per unit of PCSA. They're essentially just dead weight!

The bottom line? These age-related changes in muscles and cannot be meaningfully reversed or reduced with endurance exercises!

Are you ready to see how physiotherapy can help you?

We're serious about helping you live your best life now - without pain. Physiotherapist are experts in exercise. Right now, you can book in for a FREE initial assessment. No hidden funnies, weird pyramid schemes, or quackery. Just a great chance for you to see how physiotherapy can help. In fact, we're so serious, we even offer half-price treatment should you chose to pursue your tailored therapy, right in the very same session. Press the button below to quickly make an online booking. It's no fuss and super-simple, we promise.