​One of the main concerns people come to us for is a complaint of a tight muscle/are of the body. In the sporting population, the complaint is usually around tight calves or glutes with running. So, what do you do to get rid of this problem?

Most people’s first line of defence is to stretch. Intuitively that makes sense doesn’t it? The muscle feels tight, which means it’s probably too short, which means our intervention must be aimed at lengthening. However, there are a few problems with this approach. First, considerable evidence exists that says stretching probably doesn’t change the physical properties of the musculotendinous unit (such as increasing its length). And if it does, it’s only by a very tiny amount… and is only seen with extreme amounts of stretching (a lot more than you probably want to do!). More info here and here. Second, stretching seems to only offer a short period of relief – the tightness and/or pain is back fairly quickly after returning to running.

Perhaps stretching isn’t enough? Maybe you need to foam roll the muscle? Really pulverise it!? Well, foam rolling a muscle can change your perception of the area for a short time, but like stretching, it’s not going to meaningfully affect the physical properties of the muscle or tendon. Your body isn’t like play dough. It is not easily deformed! Moreover, the feeling of tightness usually comes back fairly quickly after foam rolling anyway.

What about a “deep tissue release” or “sports massage”? Perhaps that’s the secret to soft supple musculature? Again, this may “toy with the nervous system” and offer a transient change in how the area feels, but the tightness will return – it doesn’t address the root cause of the issue. True tissue deformation requires force orders of magnitude greater than a therapist can produce.

However, I’m actually not against any of the above. Some people swear by stretching, foam rolling and massage. While there seems to be a dearth of evidence for the efficacy of these treatments for long-term relief, anecdotally runners report great benefit. It seems to me that if it helps you, stick to it, but don’t rely on it alone.

"...if you want to reduce that tightness, you can't go wrong getting strong!"

Interestingly, in a lot of cases a stiff or tight muscle is actually a weak muscle. Mueller-Wohlfahrt et al. (2013) describe ‘fatigue induced muscle disorder’ where a sportsperson reports feeling a firm or tight muscle when it’s fatigued. When you increase your training volume or intensity, the muscle can fail to cope with the demand. The increased load on the musculotendinous unit can fatigue it and make it feel stiff. So the solution must involve either reducing your training volume/intensity, or increasing the strength/capacity of the muscle, or both.

So, if you want to reduce that tightness, you can't go wrong getting strong! We know that there are a lot of benefits when it comes to strengthening exercises and running. More info on resistance training and running here, here, here, and here. This seems to be yet another benefit.

Now, I know it sounds counterintuitive to do heavy resistance training to reduce stiffness. Especially when doing those exercises can make you feel more stiff during the workout (due to local oedema [swelling]) and after the workout (due to delayed onset muscle soreness [DOMS] in the days following). However, these feelings of stiffness are not reflective of what’s actually happening in the muscle. O’Sullivan et al. (2012) have shown that sarcomerogenesis (adding in-series sarcomeres resulting in a lengthened a muscle) results from eccentric (lengthening) exercise. The authors conclude by saying, "...the results support the hypothesis that eccentric training is an effective method of increasing lower limb flexibility." 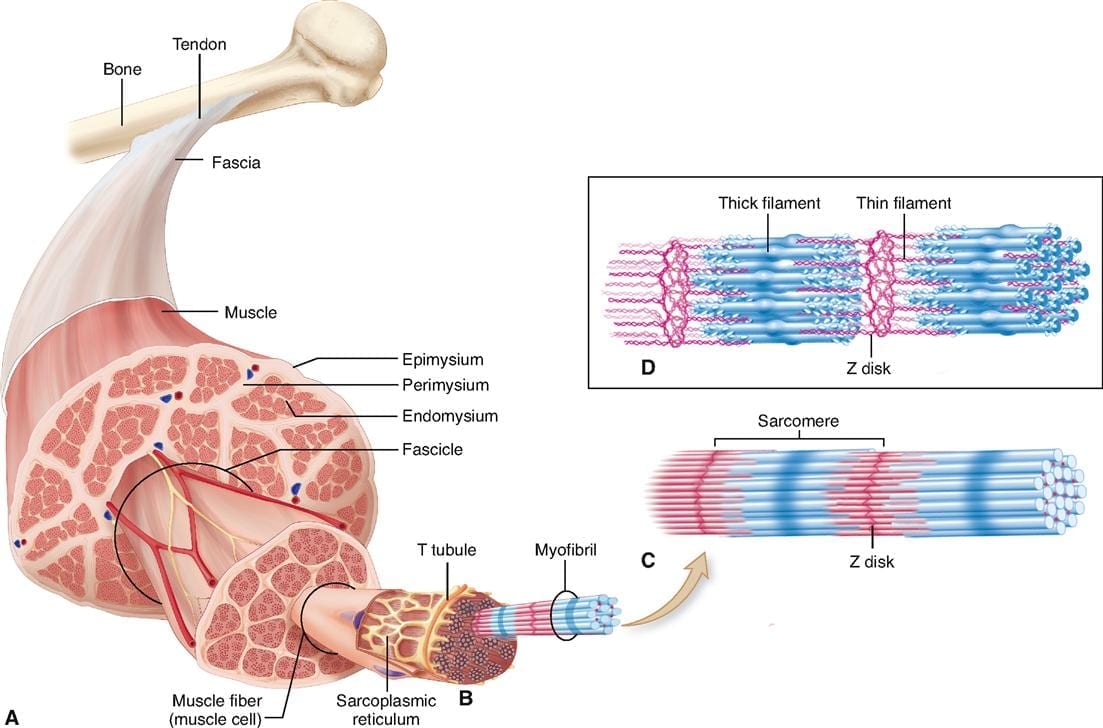 Look at that cute little sarcomere!

The exercises need to have an eccentric component, be heavy, and be performed slowly. Some common examples for the lower limb include Nordic hamstring curls, weighted heel drops for calves, and deadlifts for the glutes. Note, those with tendon issues or those inexperienced with heavy resistance training (did you have to look up what a Nordic hamstring curl was? ;)) should consider seeking the advice of a physio to help with technique, optimal load progression, integration with running, and general periodisation.

So, should you stretch, foam roll or get sports massages?

If you are sacrificing time strength training to foam roll/stretch/get massages - stop it! 😉 Ultimately, there can be several causes of muscle tightness. It’s important to get checked out by a physio to rule out red flags, assess for other causes, and prevent recurrence in the future.